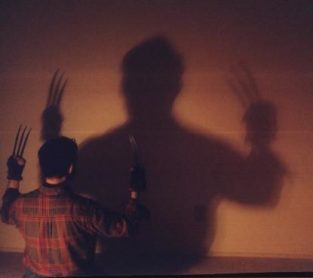 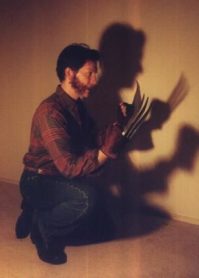 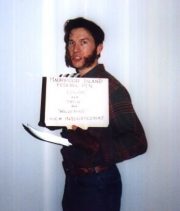 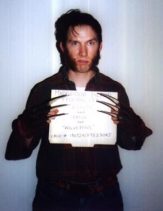 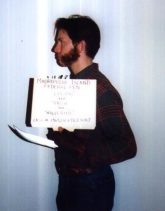 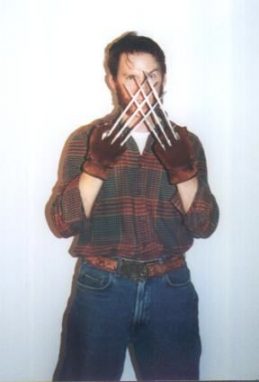 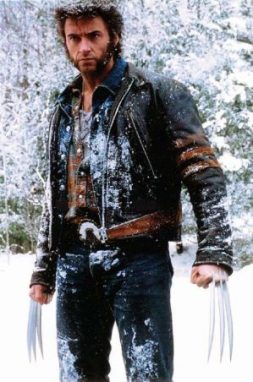 October is the month of the witch, as any self-respecting pagan knows. Ancient ritual aside, I chose to celebrate the festivities again this year by dressing up in costume. My alter ego this time around was none other than Wolverine, the X-Men comic book hero.

Last year, I became Darth Maul. Not having disguised myself for years, I found it quite thrilling. Especially with the Darth Maul persona — shaved head, painted face, horns — there was a very strong sense of anonymity going for me. Being a shy person by nature, this particular disguise was quite empowering. For one, my identity was convincingly hidden. Second, so many people were taken aback by the costume, it was not hard to impress.

This year, I became a good guy for a change. Wolverine is no less popular, but not as shrouded. My face was in clear view this time, with the exception of facial hair that I myself cannot grow. To come up with lamb chop side burns, I glued on crepe theater hair with spirit gum. Removing it was quite another adventure.

Where Maul had his light saber, Wolverine has his adamantium claws. I had to settle for ABS plastic, which in the long run was a lot easier to mill and file than the strongest metal known to man. Aluminum would have been hard enough to machine.

I wore latex gloves while two friends laid fiber glass layers over the back sides of my hands. Then they sandwiched the blades between two layers of fiber glass while I held onto two pipes to keep the same position. By the way, I don’t recommend exposing any appendages to fiber glass resin for any length of time. The chemical reaction nearly burned me!

Next, we cut holes in a pair of leather gloves for the fiber glass molded blade prosthetics to fit into. Finally, I spray painted the blades chrome.