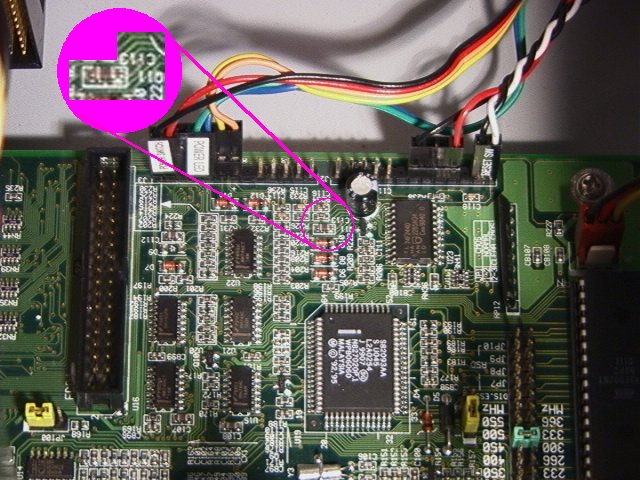 Advanced Power Management is a feature of most current motherboards and case power supplies.

Utilizing ATX case power supplies which incorporate electronic power switches (as opposed to AT supplies with their analog power switches), the motherboard can perform basic system power management. With this scheme is introduced four system operational “states”: Enabled, Standby, Suspend and Off. It provides CPU and device power management and uses device activity timeouts to determine when to transition devices to low power states.

In my case, my EPoX motherboard (KP6-BS) had a known design flaw which prevented the APM system to properly shutdown the computer with a “soft off” single contact closure of the power button. The alternative is to press and hold the power switch for four seconds. Despite the “instant off” feature set in the BIOS, it still didn’t work in the real world.

I heard talk on the newsgroups about a capacitor that was of incorrect value on the motherboard, based on retrofitting that EPoX was doing to address the issue. Disgruntled customers were sending their motherboards in for rework; they would be returned with C3 missing. Hmmmm..

I’ve drawn a purple circle around the capacitor in question for clarity.

Well, I removed it. And sure enough, it now works with a single closure of the power switch!

Tis the season to hack your address book…