On a recent trip to Galveston, Texas, I inadvertently captured something peculiar on camera. I was walking on the beach with my girlfriend and happily snapping pictures with my digital camera (Canon PowerShot A70).

After checking them out much later, I noticed that there was something strange in one of the stills. Let’s start with the sequence of pictures as I took them in chronological order (after you’re done, don’t forget to hit your browser’s back button until you come back here): 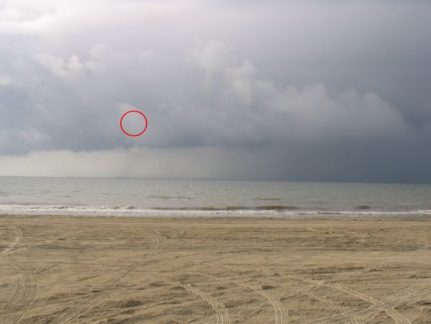 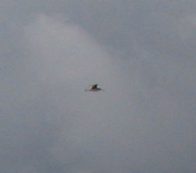 Notice it? The pictures were taken in this order:

You’ll notice that between the 12:42 and 12:47 frames, the object pops up. The circle on the 12:42 frame is where the object appears five seconds later. I was able to determine that based on the similar cloud pattern. In the 12:50 frame in the first album, the object is gone again. So, just what was it and where did it go so fast? Beats me, but it was fun to get all X-Files about it!

Just last week, a boy in the Awana club I volunteer for asked me if I believed in aliens. I told him that we just couldn’t be for sure, but that I wouldn’t be surprised if they existed.