WARNING: what you are about to see may shock your coffee beans. Please cover their eyes!

My roommate, Neil, had a little “accident”.

He was cold brewing some coffee and the apparatus fell off the counter. It made a nasty clumpy mess everywhere, all earthen and grainy.

I took the following photo in memoriam. 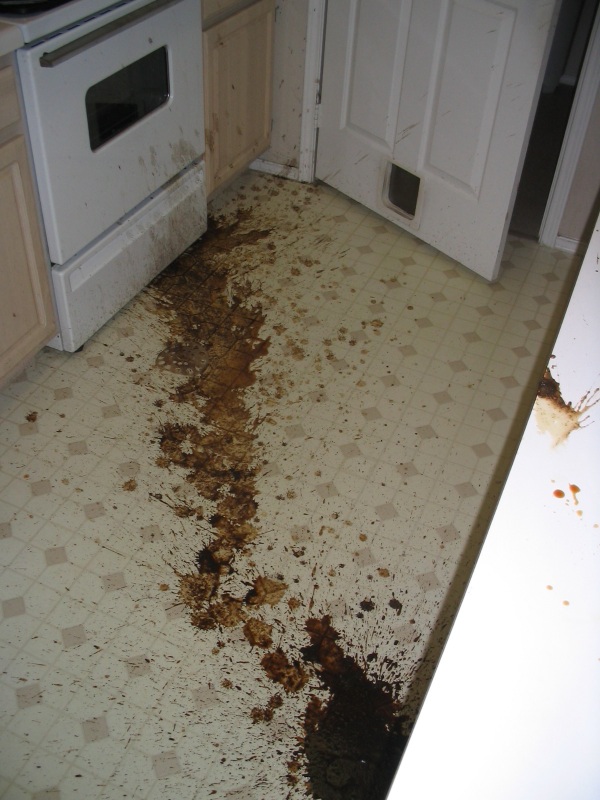 The grizzly scene looked like a dead ringer, pun intended, for a set of a horror movie. I couldn’t resist doing some color manipulation in a photo editor I’ve been playing with called GIMP (the poor man’s Photoshop). 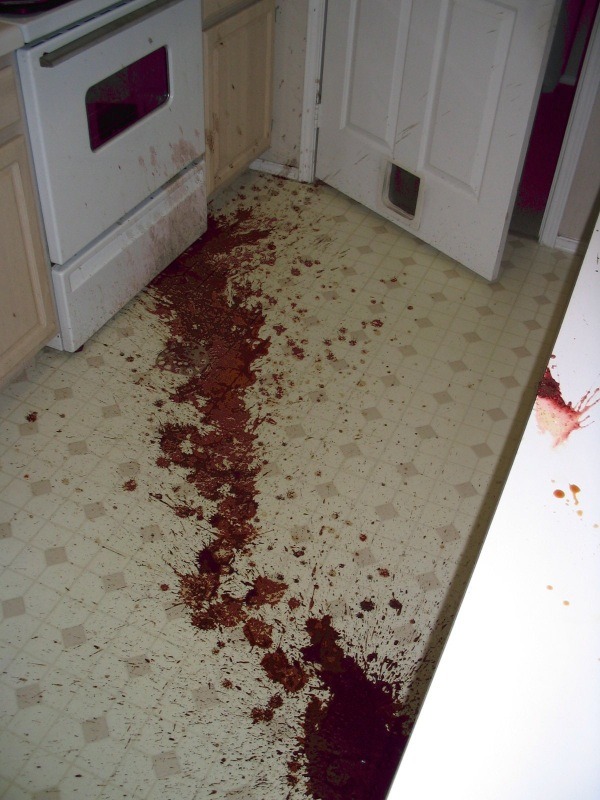 Pretty gruesome, huh?! My roommate’s caption for the modified photo would be: “One fateful night, Neil snapped and killed Ebenezer.” Da, da, duuuuum.

Not to worry. No furry felines were harmed in the making of this picture. The same can’t be said for the poor coffee though.