Marty is at it again, this time with Bostonian Irish mobsters in The Departed.

As you can imagine, the sorts of characters that inhabit a world like this are mostly men. Denver Starz FilmCenter’s Director of Education Howie Movshovitz said it best in his review:

The lone female role is played by Vera Farmiga, the Fiona Apple doppleganger. She’s caught between our two heroes/villains, Billy Costigan (Leo DiCaprio) and Colin Sullivan (Matt Damon). Just which one is the bad guy and which is the good guy is a bit of a blurred line. Ostensibly, Billy is the protagonist. He’s a tough guy that’s trying to do right by his dad, the only man in his family that isn’t mob. But his indirect dirty connections prevent him from joining the State (“Staties”) Police force.

On the bad end of town is Colin. He grew up in the wrong place at the wrong time, falling for the patriarchal affections of Frank Costello, the brilliant Jack Nicholson. Colin becomes an adopted favorite son, and with his clean background, he’s able to infiltrate the police department as a mob informant.

Meanwhile, Billy’s recruited by the Staties as a police informant and infiltrates Costello’s gang.

It’s not near as bad as it reads on paper. That’s where Scorsese really shines. Somehow he’s able to keep all these details flowing without losing us. It helps that he enlists the help of modern technology — cell phones — as a means of transitioning and focusing our attention.

As with all crime thrillers, there’s one last Big Heist®. This one has something to do with the sale of $100M military microprocessors to the Chinese. Here’s where Hollywood screenwriters have always gotten technology wrong. The aforementioned processors are apparently made by ST Micro. 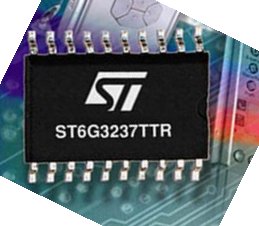 Never mind that ST doesn’t even make microprocessors. Also never mind that processors by themselves aren’t worth much. If the Chinese really did buy these puppies, they’d spend a whole lot more than 100 million dollars in development cost to actually utilize them in a weapons system.

Like a true Scorsese mobster film, everybody gets whacked. Not since Goodfellas and Casino have so many central characters taken dirt naps. The violence is shocking, the blood spurting, the dialog snapping. This one could be Marty’s first Oscar.

The Truth is Out There

Kiss the Girls vs. Se7en