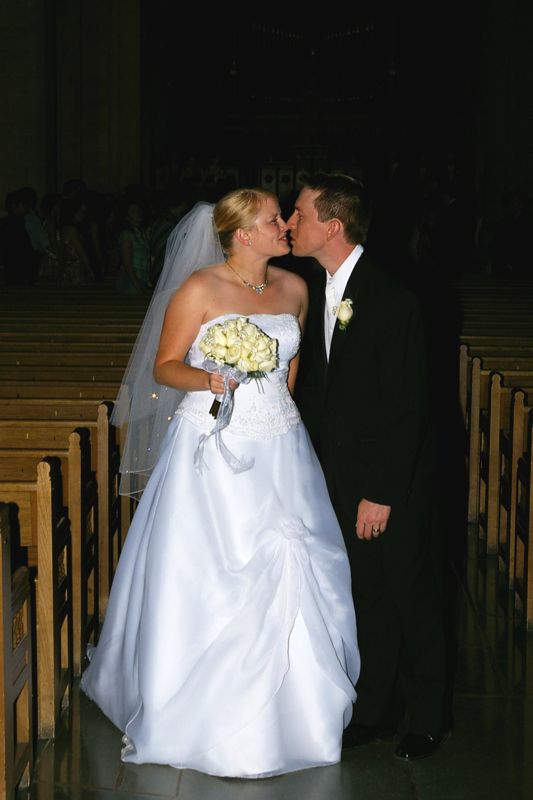 It’s hard to imagine contentedness before it finds you.

Perhaps I’m just reacting to post-wedded bliss. Perhaps this is early domestication that’s suiting me well. It’s hard to say, since I’m caught up in the moment. Think Schrödinger’s cat 1.

As most of you know, I got married in August… the day before my birthday. By far, this was the best birthday yet, and easily the best wedding I’ve been too! You all made it so wonderful.

Orthodox Marriage is seen as an act of God in which he joins two believers (a man and a woman) into one. 2

That Friday morning was cool and quiet. While the world bustled by outside those gorgeous church doors, Sarah and I exchanged vows of permanence and intentionality, of love and commitment. And all of you were there (either in the “real world” or virtually) to bear witness. The day was perfect.

In the Orthodox tradition, examples of “mysteries” are holy Communion, baptism, and even marriage.

An Orthodox definition of mystery might be any action in which a person connects to God. 3

Most of these ideas have bled into Protestantism. In the case of the “mystery of marriage”, I like how the phrase has an actual religious heritage. It’s not just something we say, but has meaning, a root.

…marriage is also treated as a sacrament, and as an ordination, and (like all ordinations) like a martyrdom, as each spouse learns to die to himself or herself for the sake of the other. 4

What I couldn’t have imagined was how sacred the mundane can be. Simply relaxing at our kitchen table and reading the paper can be a deeply profound thing. Of course eating Sarah’s wonderful food is anything but mundane! That she spoils me so, I’m sure, contributes to my state of bliss. Ahh, what do I know about marriage? It’s humbling to know how far I have to go, but it’s fun to learn more each day.

9 Replies to “On marriage and mysteries”