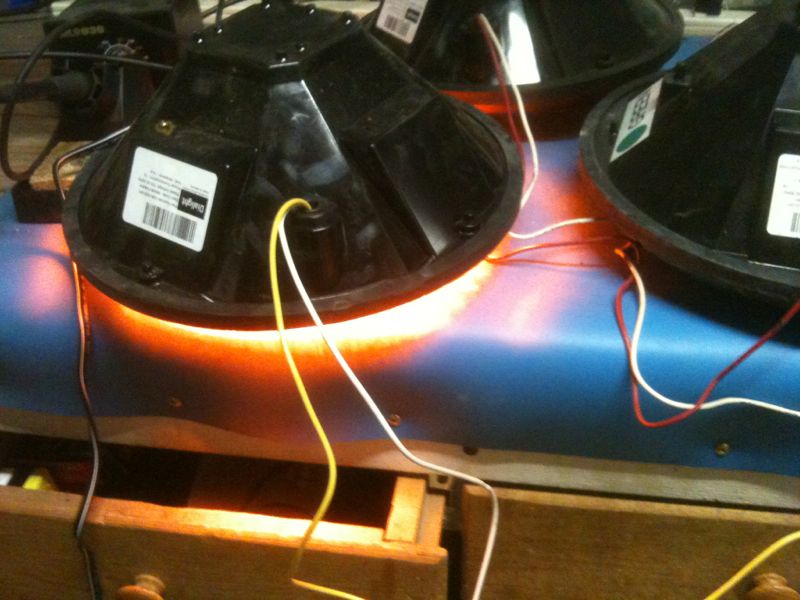 Dear, this new project is going to bring tears to your eyes, it’s so cool!

She’s shaking her head and says to me:

She’s not a believer in my latest wacky electronics project — the Traffic Light Parking Assistant 1.  I believe her hesitation to accept this project stems from an early project proposal on my part.  It went something like this:

Dear, wouldn’t it be great if we had an automated electronic contraption that told us when to stop after pulling into the garage?

She probably took offense at the implication, i.e., that she was a bad parker.  In fact, it is I that needs this contraption more than she.  She has her own methods for parking consistently 2.  I, however, have the curse of an engineer. Which is to say, I am always plagued by the subconscious question, “How can I make that process better?”  Which is almost always followed by the secondary electrical engineering question, “How can I add blinking lights to that?”

To start this right, I composed my system block diagram 3, which defines all the inputs and outputs of the system.  Think of the block diagram as a mission statement for the project.  Below is mine:

So with that bit of project genesis, I set about making the TLPA.  I should add that I’ve never been all that obsessed with traffic lights, per se.  I just thought that they would be the ultimate indicator for said parking.  What better real-world indication is there, but with traffic lights?  Red means stop, green means go.  With that modest proposal, I set about finding these traffic lights.  After some digging, I came across a government surplus website, sort of an eBay for Big Brother.  My home town had several auctions for obsoleted or retired traffic lights.  I bid on one and won for a song — about $15 for an entire lot, which turned out to be something like 40 lights!  Sadly, there were no school-bus-yellow boxes for the lights.  The auction was just for the indicator lights, all 12″ diameter, gorgeous LED lights.  I filled my entire car getting them home!  Here are several of the lights: 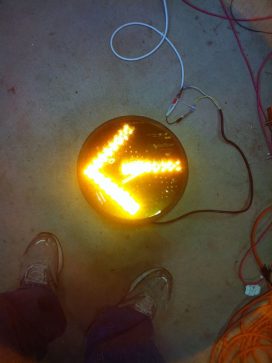 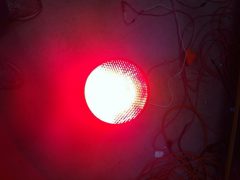 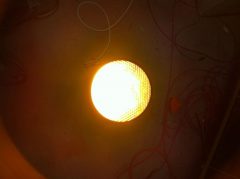 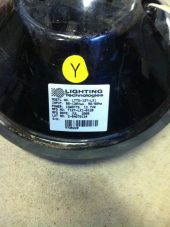 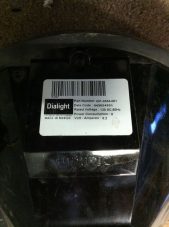 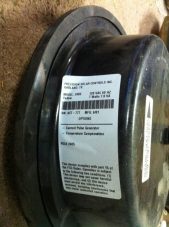 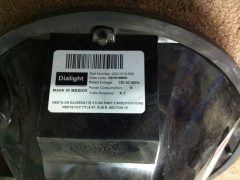 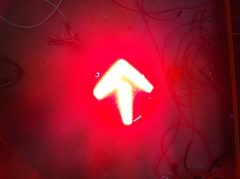 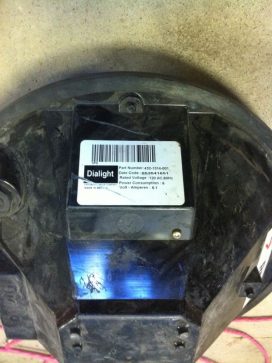 Next, I found a really nice I/O module from SparkFun. They are a Boulder, CO based electronics hobbiest company 4.  They carry a ton of neat products and have a fantastic website.  For my project, I knew that I needed at least 3 opto-coupled inputs and 3-4 relay driver outputs. Wouldn’t you know it, SparkFun makes just such an animal for only $34!   I couldn’t build that from scratch for that price. And right now, with a 6 month old baby at home, time is an absolute premium!

This I/O board is designed to be driven by an Atmel microcontroller, the ATiny2313.  My comfort level is Freescale (aka Motorola), though I’ve always wanted to break into the Atmel world. But with any new platform, there is a corresponding new tool chain 5 to become acquainted with.

In the interest of time, I opted to stick with what I knew.  I settled on the MC9S08SH8.  It’s a nice micro from Freescale that is +5V compatible (which is a requirement since the AVR IO board is regulated at 5).  The SH has enough I/O pins, and it comes in DIP 6.  The hardest part about this choice was adapting the AVR IO board to work with a much different pinout of the Freescale.

Do achieve this, I simply made an adapter using a DIP plug 7 and an old HDD 8 50-wire IDE cable.  I soldered the required pins of the cable onto the DIP plug, which only turned out to be 5 or 6 for the following demo.

On the microcontroller end, I used a DEMO9S08SH8 board as my hardware development platform for a few reasons:

Here are some pictures of this stage of the software development: 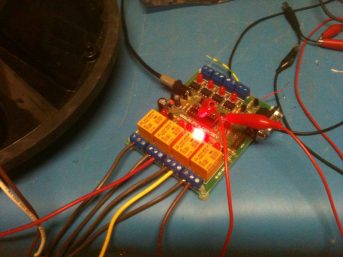 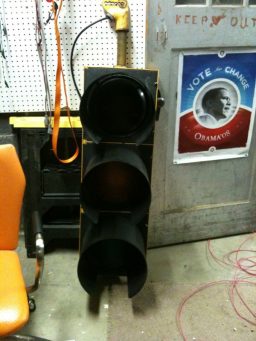 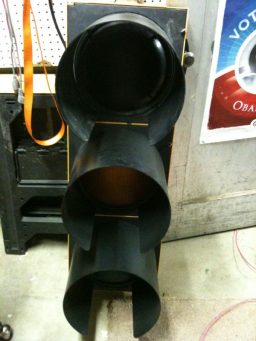 For a demo of  der blinkenlights 9, check the video 10 below: