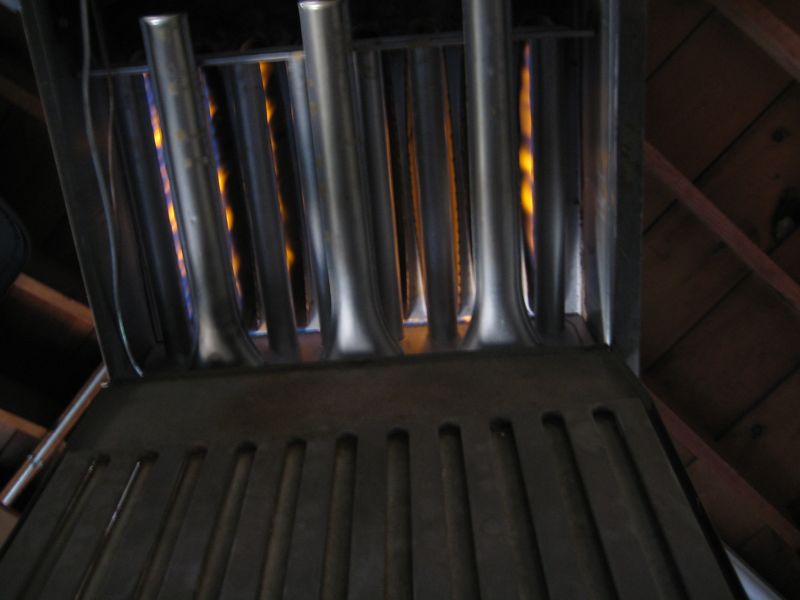 I wanted to pipe natural gas from my house out to my detached garage to run a gas furnace/heater.  The garage is simply cinder block construction without any insulation.  So you can imagine that not many garage or workshop projects were getting done from November to March in the wintry months!

So in October ’09, I dug the trench for the pipe. You can see it below. 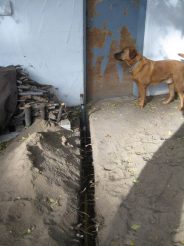 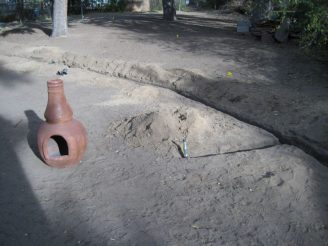 I rented a trenching machine, which was surprisingly easy to use. It dug a very narrow, but deep trench (about 4″ by 48″!), though it was hard to turn. With minor mishaps, the trench was dug. I hired a gas line professional to lay the pipework and tie it into the main house gas line.

Then late in 2010, I bought an old beat-up gas heater off of Craigslist. It was an old Modine PA175A, almost 200 pounds! I managed to cram the thing into my car. Then the fun part was installing it.

My father-in-law was gracious enough to lend his expertise. Adding the gas line off of the outlet that ended at the garage wasn’t terribly difficult, just time consuming. The real trick was hoisting the heavy heater up into the air, at the highest point of the garage attic. We used a poor man’s pulley (rope slung over steel support bars) and lots of elbow grease. The heater was then bolted to the steel bars.

The final stage was the electrical wiring. This, too, wasn’t difficult but proved a time commitment, only because the wiring in the garage is also pretty old.

What’s left to be done is a final inspection and the installation of a line-voltage thermostat (this heater does not run off of a step-down transformer type stat). For now, I’ve got the heater on an AC light switch which works just fine. The line-voltage stat will be an electronics project for another day. Perhaps a cold wintry day in the workshop, with newly provided heat from my oldie-but-goodie gas heater!

Here are all the project photos with descriptions: 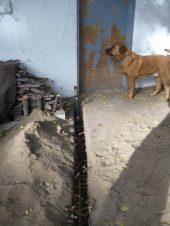 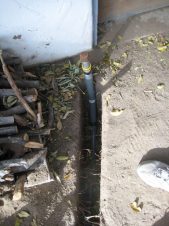 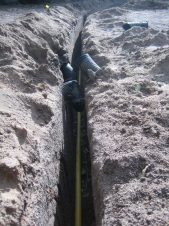 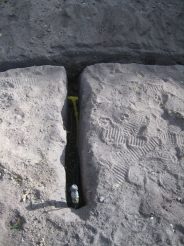 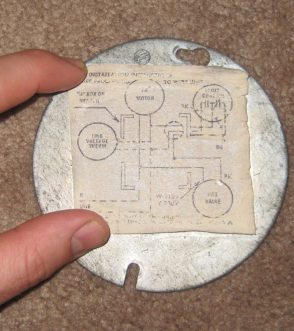 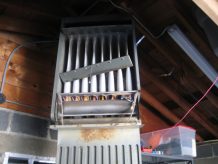 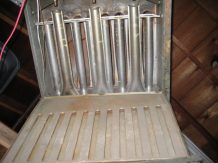 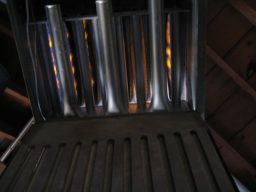 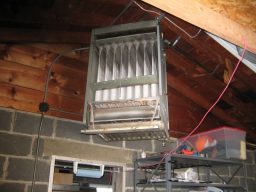 I had the inspection yesterday. Pity, I failed on the exhaust pipe. I used single wall because I was told that this was acceptable. Yeah, I was wrong. Double-wall is minimum, so it’s back to the drawing board. No heat in the garage for a while. 🙁