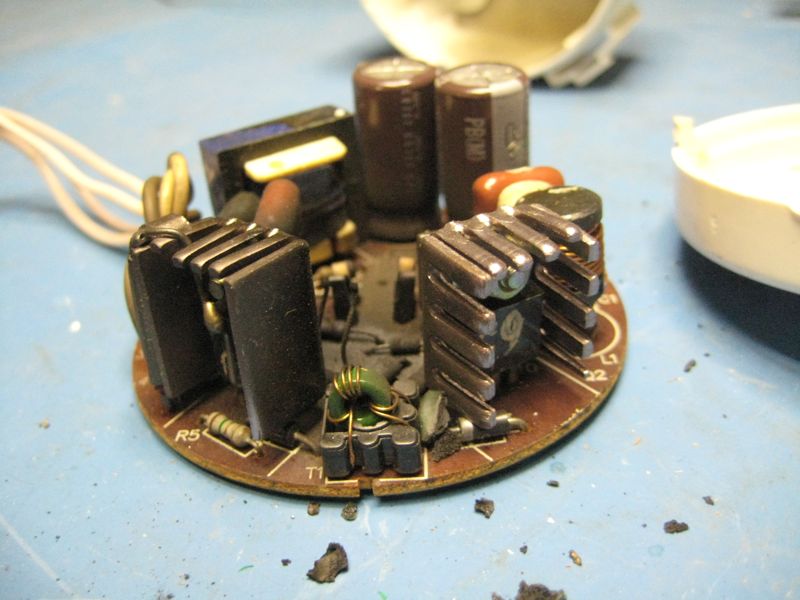 A fluorescent light fixture in our house went out.  After replacing the bulb, the light still didn’t turn on.  So I figured I had nothing to lose by ripping apart the ballast.  What I quickly discovered scared me. 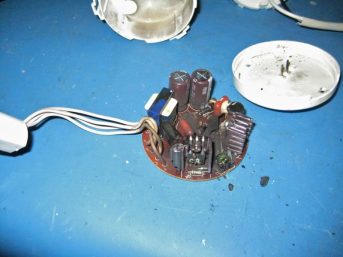 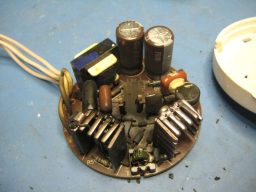 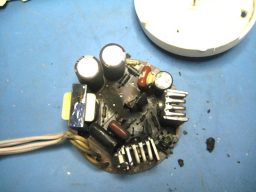 Yeah, this ballast 1 was pretty much on fire!  It was made by a company called TCP.  I called them once and was told by a TCP employee that the ballast is supposed to fail like this “to prevent fire.”  Well, I beg to differ, and so do my photos.  The salesperson’s quick explanation was a variation on the software developer theme — “It’s not a bug, it’s a feature!”  Component failure like this belies some serious design flaw, not intentional design features.  There was clearly little margin of safety here.

Then I called again and this time got a more sensible employee.  He was at least receptive to my comments and confirmed that he’d never heard of this level of failure.  I told him I had pictures and could send them to him.  He was gracious enough to give me his email address.

Mr. Smith, thanks for talking with me today about my 17058Q ballast. Again, I’ve already replaced this ballast myself, so I’m not asking TCP to do anything, except for look into the ballast’s design. I believe there is a pretty significant potential for catastrophic failure in the design, one that could potentially result in home damage.