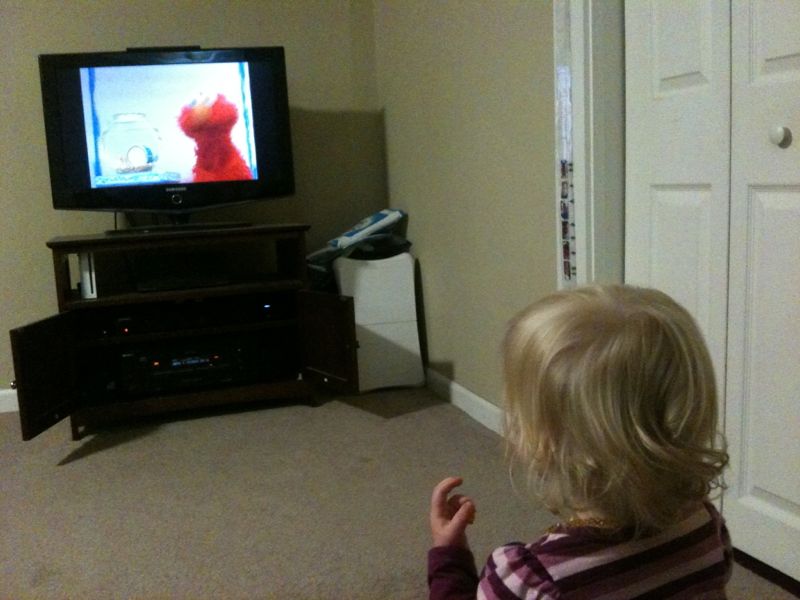 Pretty much right when we first found out we were pregnant with Iris, I got excited for the future of vicarious entertainment.  I’m speaking of sharing great cinematic moments with my kid, allowing me to feel that same wonderment again through her eyes.

How great would that be to see — as if for the first time — the boulder chasing Indy through the cave, Elliot pedaling into the sky with his alien refugee, or an epic dual of good and evil light sabers?  I imagine it would look something like this 1:

Recently, we’ve been very slowly introducing Iris to the world of video entertainment.  She’s almost 2 and has had almost no exposure so far, so we’re beginning to regulate that introduction.  Sarah has naturally done extensive research on the matter and determined that shows like Sesame Street and Elmo, anything by Nick Park (creator of Wallace & Gromit, Shaun the Sheep, and Chicken Run), and some YouTube channel called Roary the Racing Car are generally good shows in small doses.  Primarily this is because they aren’t hyperactive or overstimulating, as most cartoons and “kid” shows are.

What’s certainly true is the amazing allure of television.  Iris latched onto Sesame Street right away.  Her generic word for it is “El-mah”.