My office was liquidating a bunch of old computer equipment.  In the heap, my eye was caught by a Dell box.  “Hmm, what’s wrong with that computer?” And so began my next big obsession.

I took the GX270 PC home, thinking, “How bad could it be?”  Well, the machine booted into the BIOS setup just fine.  It also boot to the Windows XP login screen but then promptly shut down as if the power had been yanked.  Upon rebooting, the BIOS screen reported: 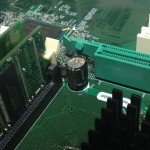 So then I opened up the box and discovered a ton of capacitor rot. Cool, I thought, I’ve got experience with this!  The hardest thing about the job would be getting adequate clearance to the components for both removal and replacement.

There was one whole row of 1800uF electrolytics right next to the CPU that had all leaked.  All were Rubycon. And one shorter 1500uF. 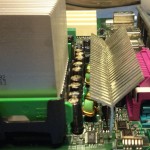 The PC was a 2.8GHz P4 with 1GB of RAM and a 40GB hard drive, with a real live honest-to-goodness actual serial port.  Not very awe-inspiring.  But I had a 120GB hard drive lying around.  And depending on the eBay auction, this PC was still worth about a $100.  So to my mind, it was worth the effort of repairing it; especially since I’ve long wanted a garage workshop machine for all my home electronics and software projects.  The cost of capacitors would run me about $10 on DigiKey, so why not?

The replacement DigiKey part numbers are:

I did have difficulty getting the heatsink plastic frame off of the board.  It’s riveted down.  I had to drill out these four rivets.  Upon reinstalling, I simply replaced these with four bolts/nuts with locktite.

And like magic, after the machine was put back together, the first boot up sequence worked like a charm!  I have a working $10 PC, running the latest version of CodeWarrior and AVRStudio and AutoHotkey.  Nerdvana. 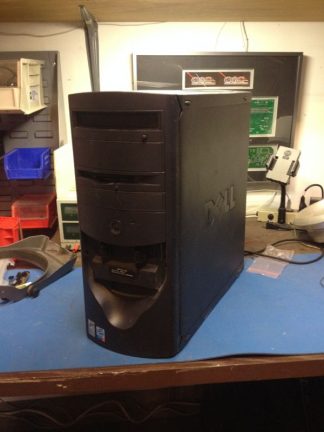 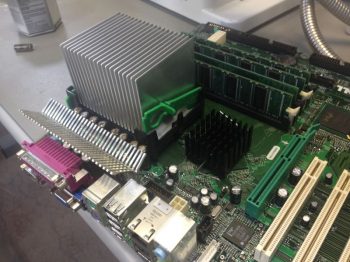 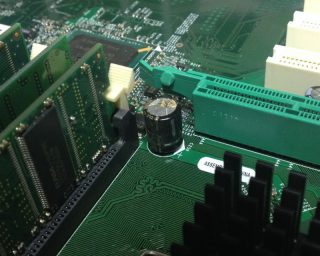 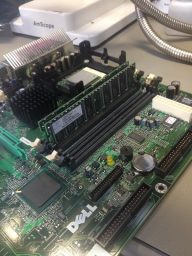 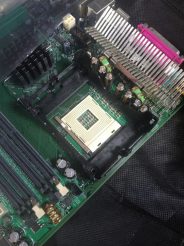 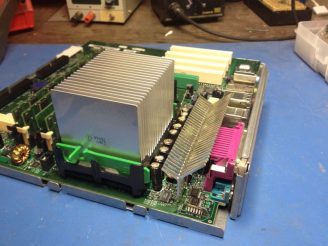 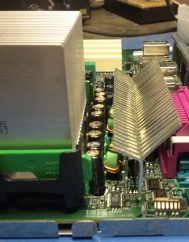 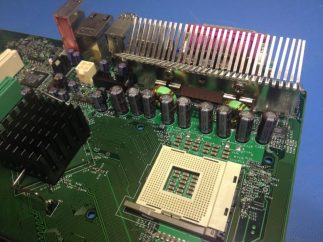 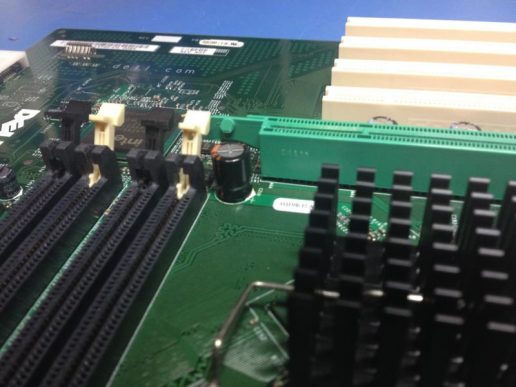 There are some excellent references on the web for this capacitor issue: