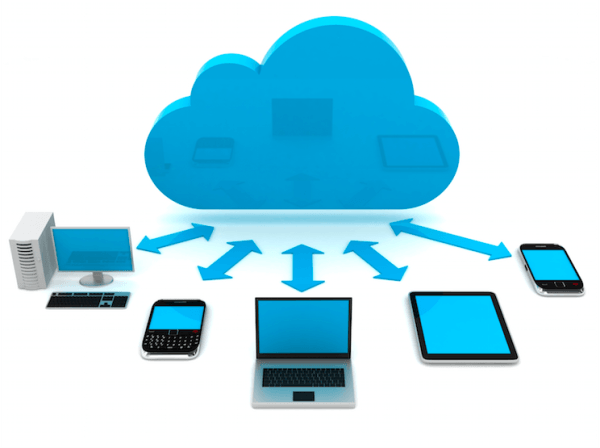 I’m a big fan of Dropbox.  I (and the rest of the internet) have been using it in free mode for quite some time.  I probably don’t need to tell you what it is 1.  What I particularly love about the cloud is that it kills two birds with one stone:

And as the cloud storage market gets more crowded (Box.com, Microsoft’s OneDrive, Google’s Drive, Apple’s iCloud, etc.), the race to $0 makes for a pro-consumer landscape. 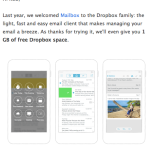 Recently, I got an email from Dropbox advertising their newest product, Mailbox.  It’s a great concept, which adds a layer of tagging capability onto the existing email paradigm.  This is a philosophy I appreciate: not reinventing the wheel if it’s not really needed.

Google has attempted to slay the email system twice now (first Wave, which was essentially replaced by Google+, and now Inbox).  Other companies have made similar, bold replacement products.  All of these attempts have essentially failed, almost as if they were trying to square the circle.

Instead, the best available compromise, to my mind, is to use what’s been there all along and add tasking, tagging, and calendar capabilities.

Dropbox curiously entered this market with Mailbox, a small company it acquired a while ago.  But it’s gotten a lot of negative reviews for what seems like a languishing feature set.  For instance, there’s still no support for self-hosted email accounts (currently, you can only use it on gmail and iCloud accounts).

Until they expand its offerings, I’ll be continuing to use the wonderful MailTags product.  Ironically, this addon to Apple’s OS X Mail app is client-side only.  It’s the opposite of cloud.  And yet, I still use it religiously as email has always been a big part of my GTD workflow.

Though Mailbox isn’t quite ready for my business yet, I was happy to download it to redeem Dropbox’s offer of another 1GB of storage.  The march toward $0 is speeding up.