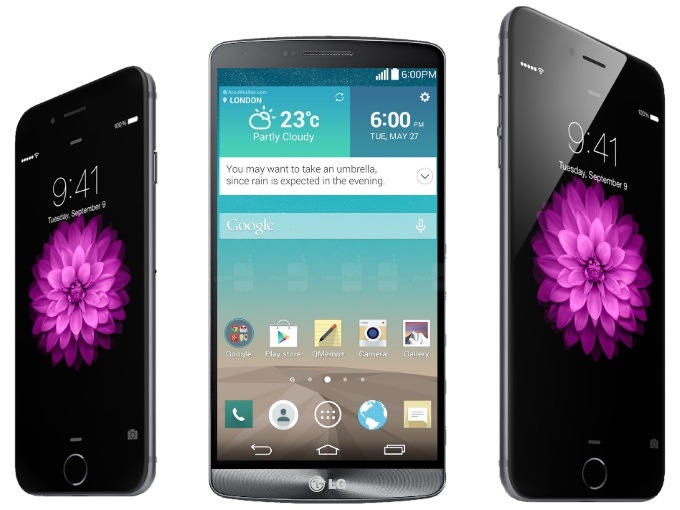 The fast answer would be: iOS 8.

The more reflective answer would be: a long, slow percolation of my misgivings on

In a nutshell, I feel that Apple has lost its way as of late, during the transition of power from Jobs to Cook.  Steve did well in crafting the company’s mission statement.  But in that vacuum of his passing, I feel that the company faltered a bit with trying to both continue the legacy while innovating new concepts in design.  On the one hand, I think their “flat design” was a positive direction in UI principles.  But its implementation stumbled for a while.

In particular, I was disappointed in iOS 8’s performance on older iPhones.  My phone did so remarkably poorly with the update.  Under iOS 7, it did very well.  After iOS 8, I wanted to throw it in the toilet.

With the iOS 8 debacle, along with a series of other unfulfilled wants, I decided to finally make the transition to the Android platform.

Those unsatisfied itches?  They were:

This one is a curious and disappointing problem.  I’m not alone.  The issue was that frequently my iPhone would “disappear” from iTunes or fail outright during the sync.  This should be an interface that one would think to be rock solid.  Apple made my Mac.  Apple made my iPhone.  They make all the software between the two.  So why isn’t that interchange just as bulletproof?  You got me.  But it was enough to erode my satisfaction over time.

That leads me to the next point, which is more of an overarching question.  Why has Apple persisted in their antiquated model of syncing between mobile devices (iPhones and iPods) and their Macs?  Currently, they consider the Mac to be the top of the food chain.  Data gets downloaded to the Mac via iTunes, and then the user selects which of this data to sync unidirectionally to the devices.

There are some exceptions to this direction of data flow.  More recently, Apple has loosened up on that model.  For instance, an iPhone finally can be set up without a computer.  And now podcasts and music can be purchased directly to an iPhone.

But I got the sense that these resignations were reluctant on Apple’s part.  They aren’t a company that craves change, like Google seems to.

On the contrary, the Android model of mobile synchronization follows Google’s lead: comprehensively cloud-based.  This, it is clear, is the future of mobile tech.  These little devices are computers unto themselves.  PCs and Macs are nearly relegated to optional devices for consumers.  It is now possible to do all your computing on a phone.  Why not, then, to sync that device solely to various clouds without ever needing a computer as middleman?

3) Time for an iPhoto replacement 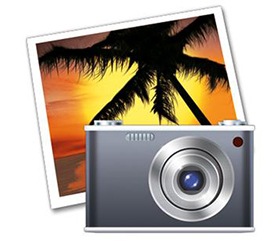 An ancillary area for improvement for me has been iPhoto.  Or, as I like to call it, that pit of doom where photos go to die.  Five years ago, I loved iPhoto.  It was simple.  It was elegant in that Apple way.  It played so nicely with my iPods and iPhones.  But in recent versions, the application has become so bloated, and so unbelievably slow, it boggles the mind.  Surely there’s something better out there, even on my old iMac hardware?  There is.

I’m late to this party: Picasa.  Yet another Google product, it’s the epitome of function over form.  It’s not a pretty Apple app.  I was hesitant to adopt it outright, simply for how ugly it is next to other Apple-y apps on my Mac.  But once I was pushed into the Android world, the switch from iPhoto was mandated.  I still prefer to have local copies of all

my photos, even though I now sync my photos immediately once taken to two cloud backup repositories: Google+ and Amazon Prime.  The former allows you to send infinite standard resolution photos for free! The latter is unlimited full size photos if you are a paying member of Prime.  I love redundant backup.

But for local syncing to my Mac, Android doesn’t play well with iPhoto (though it’s really more an issue vice versa).  The best way to do this without fuss is to simply adopt Picasa in all its clunky glory.  And once I did, wow!  It’s remarkably fast and powerful.  The biggest single advantage it has over iPhoto is its more grounded connection to the actual files on your hard drive!  For example, in iPhoto the user is abstracted away from where the photos actually live on your computer.  You only have the concepts of albums and such.  With Picasa, directories that you select on your computer are what you see in Picasa.  This may be a subtle difference, but believe me, it’s a huge thing.

My biggest challenge in this transition from iPhoto was the exporting of my library to Picasa.  I read a lot about it, which finally took me to this wonderful little utility which did a great job extracting not only our 40,000 photos (about 120GB), but also the bulk of the metadata like photo descriptions and title.

The final, but perhaps the biggest reason to switch to Android is simple: I wanted more control.  With iPhones, you get a lot of power. But it’s now 2015.  Its features are now pretty standard.  On Android, depending on the phone model, you have the ability to do these things:

Apple has been late to all of these features.  It’s doubtful that they will ever loosen up on some of them, particularly with any sort of UI enhancement features.

Regarding automation, I would like to put in a plug for my favorite apps right now, Trigger and Agent.  These are truly outstanding pieces of software.  Their goal is simple: free you from having to make routine changes to your Settings (like turning off Wifi in the car, or turning it back on at home).

And you can use these apps with NFC tags, which are all kinds of crazy fun.

For a long-time iPhone user, I had no idea how powerful the concept of home screen widgets would be.  They are amazingly cool and efficient.

From iTunes to Google Play Music

One last area in the transition that is worth talking about is music.  For me, I didn’t expressly need to transition away from iTunes on my iMac.  But I knew that going forward, if I began to purchase music through Google’s competing music store offerings, I would be forking away from my iTunes library.

So, what to do?  It made a lot of sense to me to attempt to export this library, like I did for my iPhoto library.  Well, Google has you (mostly) covered there too. They have this really simple software tool to help you upload all your music from your iTunes library directly into Google Play Music. 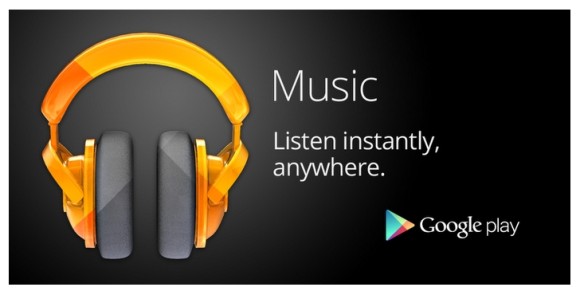 Then you can simply stream your own content to any device, computer, or phone with the Google Play Music app. The first 20,000 (non-DRM) tracks are free to put in the Google cloud!  In my own library, I had about 275 tracks out of 10,000 that had DRM.  So for me, that percentage was too low to care.  And for the few albums that I didn’t want to leave behind, a simple fix is to burn the album onto CD, which will strip (legally) the DRM encryption, and then reimport from CD back into the iTunes library, replacing the original tracks.

An added benefit to going through this hassle is that now you have a free backup of your entire music library in the cloud, accessible anywhere.

Next time, I’ll talk more about the specific feature differences between Android and iPhone, as well as the different app experiences.

3 Replies to “From iOS to Android, part 2: ecosystem shock”