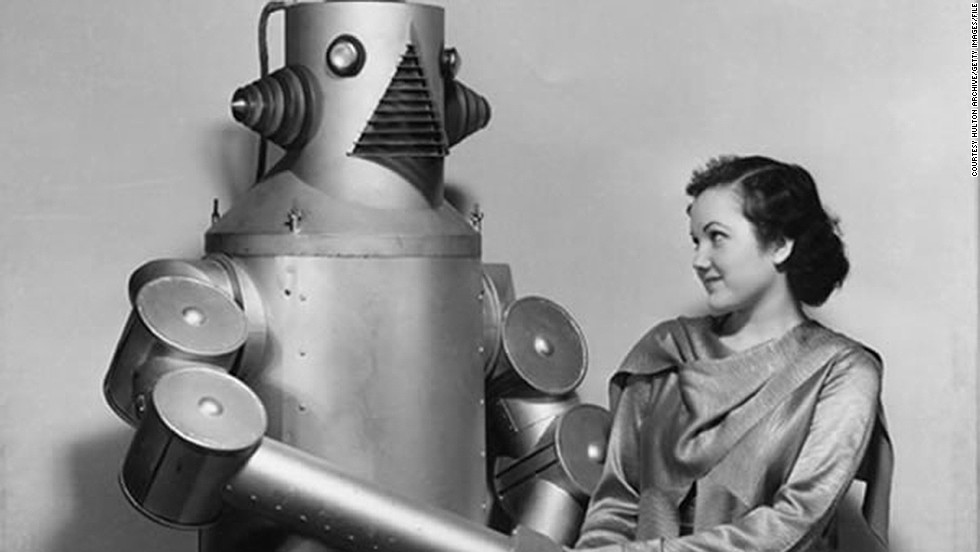 Is it just me, or have there been a lot of robot-themed movies lately?  I suppose it’s not really that surprising, as science fiction is one of the best barometers of cultural zeitgeists.

From Honda’s bipedal android to Google’s self-driving cars, robots are on our collective minds.  Here’s a brief list of films featuring robots, some of which I’ve seen 1.

“Eva” is a Spanish film.  It’s robot CGI is subtle and plot-driven, not overbearing.  The story itself is a bit creepy: a brilliant software engineer is designing a child robot with an “emotional IQ” level higher than any other.  His research subject is his niece, but the relationship is cringe worthy.  As a parent, I would have punched the guy long before the third act.

Despite this social awkwardness, the film has a nice finale.  There are some surprises that are worth the journey, and I have been loving the creative output from the Spanish-speaking world in the last decade.  The story is a bit simple; the robots are somewhat incidental and not exactly critical to the story. But this serves the genre pretty well, since all good sci-fi is a reflection of people, rather than technology anyway.

Speaking of Spanish robot movies… “Automata” was excellent.  This story took place in a much more dystopian future.  The esthetic was highly influenced by “Blade Runner,” while the rules of the plot borrowed much from Asimov’s robot series, right down to the laws that robots must obey.

And I loved it.  It was a fully realized world, very rough and bleak, arid and desperate.  The robots weren’t humanoid at all, but rather metal and stilted, all tubes and oil.  And yet, amazingly, they aroused sympathy in me, their journey to reaching autonomy felt real and painful.

Antonio Banderas completely shined in the lead with pathos.  But I have to wonder if his contract were contingent upon Melanie Griffith getting a part.  She was wooden and miscast as a robot creator.

The effects were fantastic, and felt very practical and weighted.

Sadly, I haven’t yet seen “Ex Machina” 2, which is really pathetic, since this might be the highest rated film in this collection.  From the writer of “28 Days Later”, and “Sunshine”, nothing but brilliance awaits us in this thinking-person’s robot tale.  The trailer is super odd, and slightly unsettling.  Its tone sort of reminds me of the robot overlords from Ronald D. Moore’s opus “Battlestar Galactica”.  I absolutely can’t wait to see this one.

Sadly, I can’t say the same for “Chappie”.  I was all set to love Neill Blomkamp’s third sci-fi try.  I can’t think of any director/writers that have had so much debut potential, besides maybe Shyamalan.  Neill’s first film, “District 9”, was a minor miracle, a perfect blend of dystopian human/alien issues.  His second film, “Elysium”, should have been great.  It had Ringworld space stations and exoskeleton battle scenes, for crying out loud!  But it lacked heart.

From the sound of things, his third chapter, “Chappie”, is a further decline.  That’s why I’ve decided to wait for it on Netflix.  It’s a shame, because the trailers sure paint a great looking robot.

“The Machine” is absolutely a B-movie, but it really succeeds.  It’s about British scientists creating the perfect female android killing machine.  You know where this is going.  Once the title’s robot become sentient, she wreaks havoc on her creators.  Not much more to it than that, but what more do you need?

This is a cute little robot dramedy, featuring a helper droid in the Honda vein.  It’s fun and light, mostly a human interest story about an aging man trying to relive his past one more time.

You’ll notice a common theme in a lot of the films listed so far, besides obviously centering on robots.  Artificial intelligence may be a typical trope, but it’s also powerful, topical fodder.   Most futurists believe firmly that our technology will merge with our biology very soon, an event known as the “Singularity” 3.

And if (or when?) that happens, we could be looking at a new evolution of humankind, a leap independent of our current physiological limitations.  Sounds like sci-fi, doesn’t it?  It’s the sort of story that the marvelous film “A.I.” was built on.  The Spielberg completion of the Kubrick draft of yesteryear, it’s hard to believe this meditative, if misunderstood, masterpiece is already over 15 years old.  I found it nothing short of revelatory in how it depicted the very core of human emotion through non-human characters.

The dark side of artificial intelligence is usually where most sci-fi films take us.  Case in point is “Avengers: Age of Ultron”.  In the aforementioned article, there is the possibility of AI destroying all of humanity; a force far more powerful than any atom bomb.  This side of the theoretical coin takes us to the dystopian end of the genre.

It’s one that plays out in the “Avengers” sequel to great effect.  Though silly (as all superheroes are), it’s great popcorn fun.