Artificial Intelligence (AI) has been a hot topic in the tech and innovation world as of late.  It has fueled the stuff of great sci-fi movies for generations, but only now is gaining traction in real, marketable products and services.

Yet, video games that feature AI aren’t particularly appealing; at least, not yet anyway. AI is functional, yet still lacks the flexibility and common sense of a real human. This is evident in plenty of online multiplayer games, where most computer-generated characters lack human reactions in complex situations.

Initially, Google’s Atari-playing algorithm is said to be the future of AI, and that we can learn a lot from its mistakes. However, just like many other artificial intelligence of the past, the platform and software wasn’t able to understand what’s going on in the game in the way a human does.

However, recent news revealed that Google’s AI was able to win  the fifth and final game against Go genius, Lee Sedol. The computer system was able to defeat the Korean grandmaster with one loss, marking a significant moment for artificial intelligence. Although machines have beaten the best humans at checkers, chess, and even Jeopardy!, it is the first time a machine was able to top the very best at Go.

Exceeding video games, AI has been able to connect us with musicians of the past that have sadly left us prematurely. 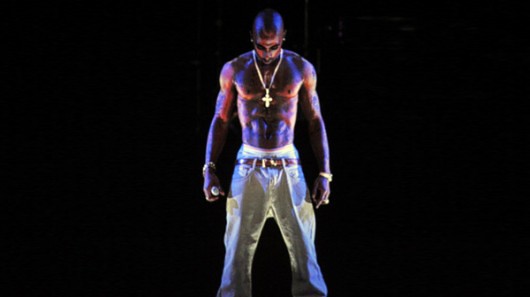 We have seen how AI has been used to bring musicians back from the dead as reported by Popsci, from Tupac in a recent Coachella performance to other memorable artists such as Jimi Hendrix and Kurt Cobain. Software created in 2010 works like ‘a Pandora for live music’ as it analyzes a musician’s voice and sound based on their old, archaic recordings. It will then reconstruct a song using those musicians’ voices as if they have recorded in a modern studio. Thus, it becomes easier for modern musicians to collaborate with their favorite music icons.

Reliving the lives of past musicians is not at all a new concept. In fact, many mobile and online games have been inspired by these icons, such as the Jimi Hendrix slot game that takes you back in time with its groovy 60s design and concepts akin to the popular Guitar Hero game which has spawned offshoots such as the Metallica version for console platforms. But, it’s not only musical legends that have games tailored for them, as recent celebrities also make their own titles from Kim Kardashian to NBA players. Though, artificial intelligence turns these games into a whole different experiences – transforming them into a more immersive, realistic, and engaging proposition entirely.

Andrew Moore, dean of CMU’s School of Computer Science, said AI requires large volumes of data and statistical computation to function, making it difficult to easily produce. However, it can unlock plenty of new avenues for technology in the future.

“Teaching AIs to process scenarios with hidden information will unlock whole new vistas of applicability for the technology.” — Andrew Moore

A sector that is said to benefit from AI is the medical industry, as experts suggest they are now looking at AI 3D hologram avatars to help care for the elderly.

“Although this project is at an early stage, with a number of technical, moral and ethical issues to be addressed, the development of Rita (artificial intelligence) in the form of a humanised avatar could revolutionise how an individual’s personal, social emotional and intellectual needs are met in the future,” said co-director of the University of Kent’s Centre for Child Protection (Dr Jane Reeves in an interview with International Business Times).

Attack of the Robots