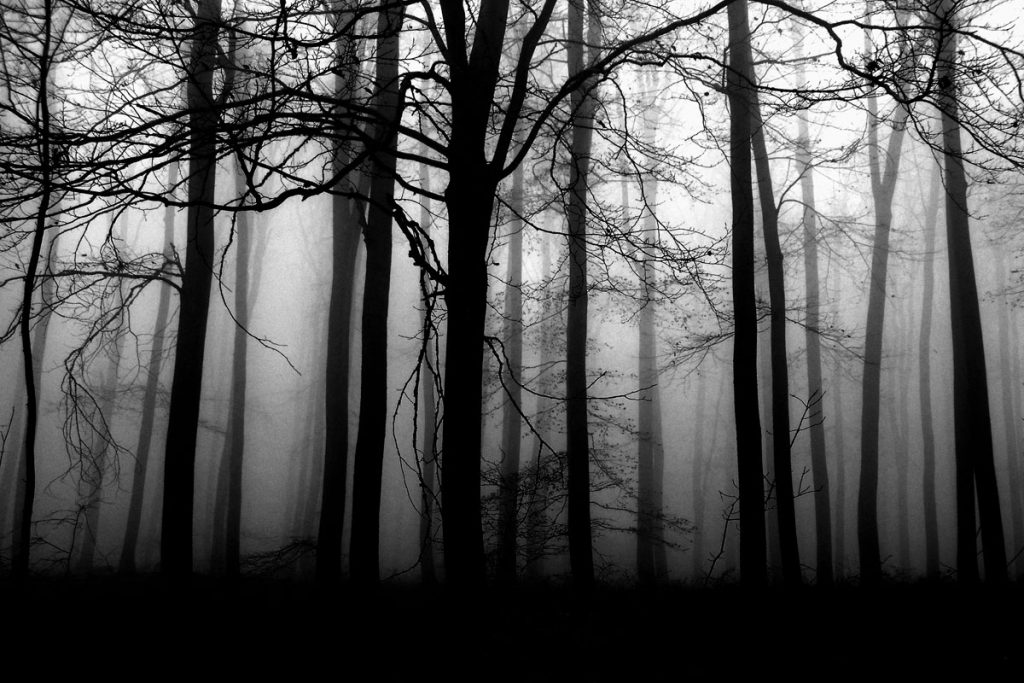 Netflix has really gone all-in this Halloween.  They’ve produced tons of original content for the holiday. But over on reddit, they sponsored an interesting little campaign. They asked for users to tell their childhood nightmare stories and an artist would volunteer to illustrate the dream.

I submitted mine, but I think it was just a little too late to be picked up by an artist.  But here it is anyway…

When I was a kid (maybe 10?), I had the same nightmare every night for a solid week. I’ve always loved horror and thriller movies, but at that age I hadn’t seen many. So I’m not sure where this came from. It felt otherworldly — not from my own consciousness.

In the dream, I was fleeing some sort of Dark Presence with my family. We weren’t sure what it was exactly, as know one had seen it until now. It was so malevolent that the world was slowly descending into chaos and death. My family was making its escape deep into a huge forest. The forest had impossibly tall trees with a suffocating canopy of dark brush and leaves.

We were all in our family car, my parents and my one sister. No one said anything, each of us craning our ears out the open windows to hear any sounds of the Presence following us. I kept my eyes behind the car, watching the dust cloud billow. I strained my eyes into that cloud, looking for any sign of nonhuman movement.

But it wasn’t behind us. It – they – were above us. They were humanoid and fast. They were jumping between the tree branches some 30 feet overhead. They had fur all over their naked bodies. They were small, like goblins, with large claws and fangs.

My sister screamed as they pulled her out of her car window. She was gone before I could yell, leaving one of her shoes in my hands.

The car came sliding to a stop in front of a cabin. We got out and ran to the front door. There was a water well between us and it.

One of the goblins hopped down from the trees and landed on my back. We both tumbled down and forward.

But some stroke of luck, it bounced into the open well. I scrambled to the edge and peered down into the black abyss. I heard no splash, only its screams as it fell.

And that’s how the nightmare ended, the same each night.

Thoughts on semantics and syntax, forests and trees

If a tree falls in your backyard…