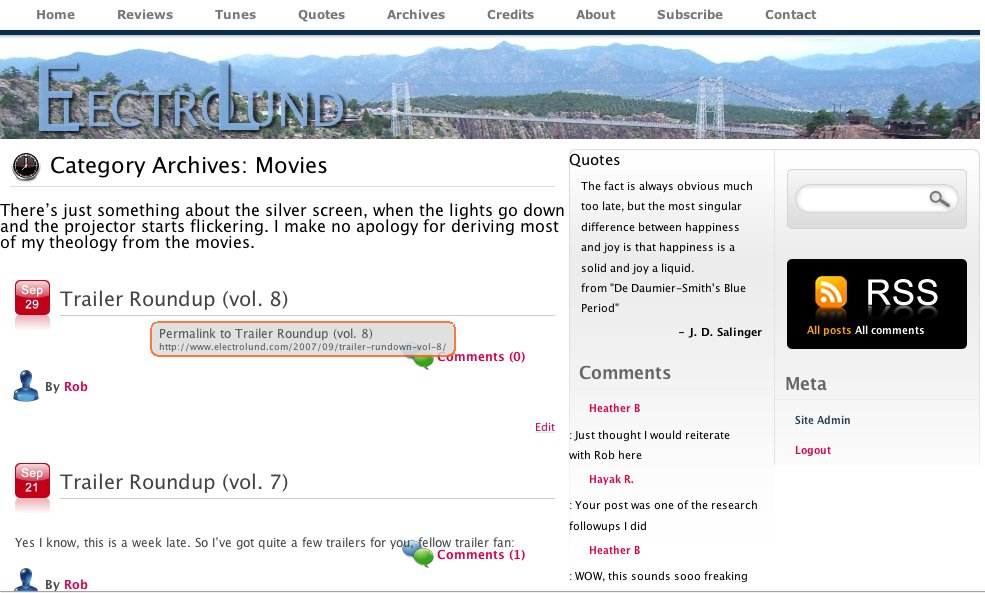 A few years ago, Alan Cooper wrote The Inmates are Running the Asylum, a polemic about the software development business. A better metaphor for my “web design” techniques does not exist! 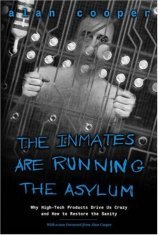 Cooper’s book especially blasts how a lack of management control leads to feature creep — unnecessary addition of so-called features to inflate a dwindling sense of value. The net result is actually a decrease in value due to the decrease in usability of the product. So what does this have to do with my blog? Well, Take a good look at this screenshot I took yesterday and tell me what you see: 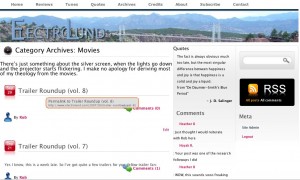 Yeah, it’s a mess. Finally following up on my accidental button press a few weeks ago, I slaved through a long process of upgrading my theme, which automatically spells trouble for me. You see, I admit that I am a tweaker — someone who can’t leave well enough alone. There’s always something to change, or a way to make the widgets and the gadgets in life work a little better, a little smarter. So after a long, long search, I finally decided to go with the SandPress theme, which is based on the Sandbox project, a purist’s stripped-down hyper-clean markup WordPress theme.

The Sandbox themes pride themselves in showcasing your content and not the design. I love the idea of Sandbox, really I do. It’s a philosophy of web design that I respect, being of an impressive show of self discipline in the face of such powerfully “Ahhhh“-inspiring web tools (WordPress and its infinite cool plugins). It’s like Frodo carrying the Ring of Power all the way to Mordor.

Back to SandPress. So SandPress is a template set for Sandbox. It also won the recent Sandbox design competition. All that aside, it must be noted that SandPress itself is really quite blingified. How’s that for cruel irony mixed with addictive personality traits? Here I was, on the verge of starting anew with a good simplified theme instead of a mess of plugins and trickery, and I end up right back where I started. I was sucked in by SandPress’ pretty icons and fancy gizmos 1. And then I got to thinking, “Hey, I could make this even prettier! Why settle on just one set of bubblegum fruity icons when I could make a dozen of them? Using Gimp! Mwahahaha!”

And that’s when it happens. Like the Incredible Hulk’s gamma radiation-induced rage, the asylum-grade lunacy creeps over my judgment, playing on my detail-oriented fixations. I start to obsess over alpha layers and hue/saturation shading and 36 hours later, I have 688 new images but nothing to show for.

That’s right, 688. Six hundred. And eighty-eight images. All hand tweaked in Gimp by me. I am not proud.

But I’m also not an idiot either. No way was I going to click “File | Save a Copy” 688 times! Gimp isn’t known for its automation (yet), so I fired up my favorite open source hotkey scripting utility called AutoHotkey. It basically can be programmed to do the mundane tasks of a human, like say, turn on and off layers in a Gimp file and save 688 images as PNGs. That kind of thing.

So while I’m divulging my neuroses to you all, I might as well give you the files too. Here they are:

After all of that — my getting lost inside my head, busy with tweaking high colored images and hacking stylesheets — I realized how truly awful it all looked together (see screenshot above to remind you). So I came to my senses and went with a nice subtle theme called Mix, by Nurudin Jauhari. I hope you enjoy it as much as I do.

And as always, don’t be surprised if all the above changes soon. 😉

3 Replies to “The inmates are running my asylum”