I took this cool quiz tonight called The Political Compass.

It’s a nifty 2-dimensional approach to guaging your political persuasion. The thinking is that the more traditional linear approach isn’t working anymore (either Left of Right), and I tend to agree. There’s always some conditions on our beliefs, and we can’t expect to be completely polar on all issues.

An example of the output of such a test is given below, with famous persons in history on the chart: 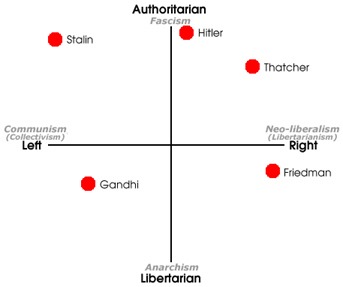 Funny, I’ve been feeling more moderate lately than my results seem to depict: 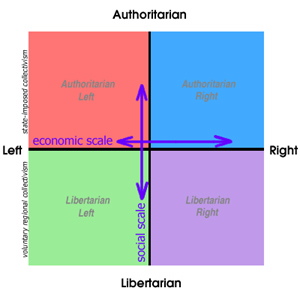 After taking the test, these are the results I got: 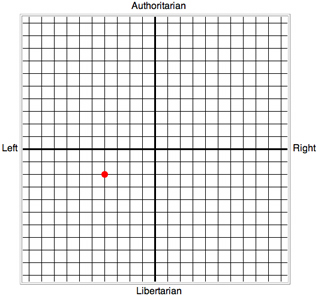 According to the good folks of Political Compass, I’m in good company with Nelson Mandela and the Dalai Lama. Better than Hitler and Stalin.

At any rate, it’s a fun way to put an immediate metric on your political persuasion. Plus, it adds another dimension to the mix, which is a good thing.

One Reply to “My Political Compass”