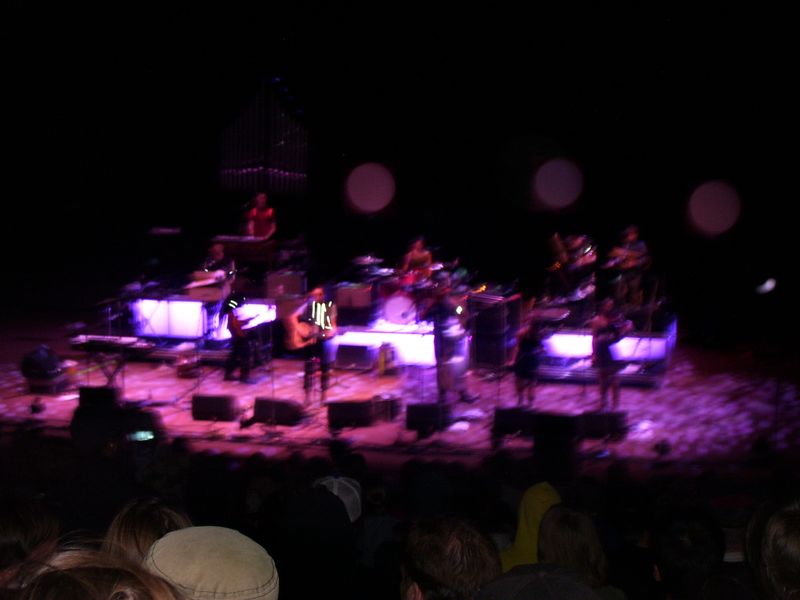 Sarah and I went to the Arcade Fire concert at Red Rocks Amphitheater a few weeks ago. It was great! 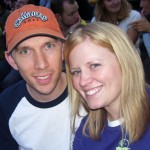 The concert was at Red Rocks, a natural amphitheater which was carved into the rock at least 50-60 years ago. 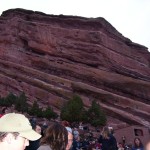 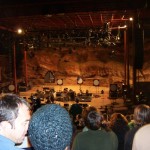 Here’s a video clip of the opening band, LCD Soundsystem:

It’s hard to describe LCD, beyond funky club techno meets indie disco. The lead singer sings probably half the time in falsetto, so cool. Both the drummer and the guy that beat that silly cow bell were just spastic little bundles of energy. It was impossible not to bebop around. It’s the kind of music you just have to play loudly.

Now on to the main event, Arcade Fire. You first need to realize how important this band is to us. Case in point, Sarah has gone on record, saying:

Arcade Fire is now my favorite band. They are bigger than the Beatles and U2. Combined.

The show was excellent and the lighting subtle. In keeping with their recent album, Neon Bible, they had these neon tubing effects around most of the stage. 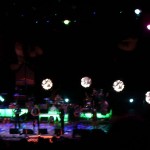 Here’s a little clip of the band

One Reply to “Arcade Fire concert”